Asante to WGN and Bill Moller

Big thanks to WGN and Bill Moller!  It was another great opportunity to share our story and reach a larger audience.  The next great step in helping these beautiful children is spreading our story as much as possible.  Luckily with kind people like Adam Mesirow and Lisa Trafficanta working hard to spread our story that has already been very successful.  It is almost more imperative than ever to spread our story because of the Stella Maris Executive Lodge (our hotel) is open for business.  Luckily for us there are no hotels in the area that offer a greater opportunity to help others simply by nothing more than spending a night there!

It was a lot of fun hanging out with Bill and Adam Mesirow before I went on air.  The studio itself was an experience, since it was on Michigan Ave. (amid the NATO chaos) with people peering in (mid interview) and waving.  In between "on air" time Bill would talk to the people on the road passing by and engage the "live" audience.  It was new and slightly more nerve racking knowing that people were standing right there watching me, but I loved it though.  It was a lot of fun to be there to talk with Adam and Bill as well as get to know Bill before ever going on air.  He was able to relate quickly to the story because of his family, his experience in Africa and his understanding of teachers.  It was such a great opportunity and he was a tremendous host with great questions.  I could tell he really wanted to help and spread the word of the work we have been doing in Mailisita. 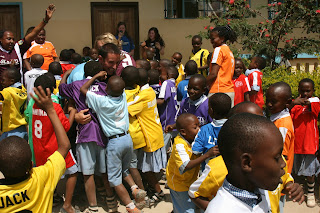 In case you missed it here is the interview:

Interview with Bill Moller and Terry Mulligan
Posted by Mr. Terry at 6:37 PM No comments:

I want to thank everyone so much for coming out to support the Mailisita Foundation and myself Thursday night at Mickey Finn's.  Together we raised more than $11,000!  I had very high hopes for the fundraiser, and this money far exceeded what I imagined possible!   When I heard the total I was admittedly floored, it takes a lot to make me speechless (a feat some thought impossible) but I was truly speechless.  I was so overwhelmed, excited, in over my head and blown away by the turnout and support shown.  We had more than 300 people show up that night, which is a greater turnout than any previous fundraiser!  It was not only a great quantity of people, but many new faces to the Mailisita Foundation which is very encouraging to see.  My greatest hope for the fundraiser was to involve more people (especially St. Joseph families that have been contributing for years!) to understand how they can help further and understand greater what has been done in Tanzania.  The St. Joseph community has always been my biggest supporter, and St. Joseph School was definitely out and making their presence known Thursday night!  Many families came out to bid on auction items, share stories, listen to some great music from Peter Brush and Jeff Holland's band Sagebrush and celebrate the great work being done to help the wonderful people of Mailisita.  I want to take some time to thank the amazing families that generously donated items to my fundraiser.  If you were there than you know we had some amazing items as well as a great diversity of items!  Thank you to the: 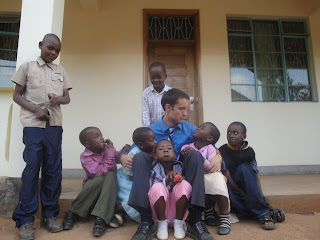 
Not enough can be said about these amazing families and how much I appreciate them.  Their love and support shown to me has been what has been made my involvement in the Mailisita Foundation possible.  Without the support of others I would not be able to afford to teach in Africa.  That goes for the planning and coordinating of the fundraiser too.  The Kristopher, Martin, Taylor and Bossler Families all spent hours talking through every step of the fundraiser.  In particular, I owe an especially big thanks to Jodi Kristopher.  She called, texted and talked to me everyday leading up to the fundraiser.  Her family has been such a big blessing to me and her personal contribution lead directly to the success of Thursday night.  She spread the word and helped me so much!  I wouldn't have been able to do it without Jodi.  Thank you everyone!  I could go on and on, but most of all I just want to say thank you and I love you all.  Thank you for your continued support and making my first ever fundraiser a huge success. 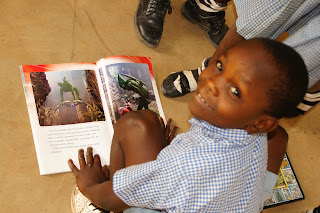 Thank you to the Daily Herald and Abby Scalf! 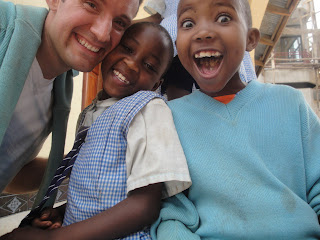 A huge thanks is owed to the Daily Herald and Abby Scalf!  Abby did an amazing job telling our story and connecting my classroom here and in Tanzania.  She was so kind with all of my students and flexible coming into the classroom.  All of my students at St. Joseph School really enjoyed Abby and sharing the experience together.  Not enough can be said at St. Joseph School and their role in supporting the work in Tanzania.  The entire community has supported me from my first trip over and I am thrilled that the students at St. Joseph could be recognized.  The children of St. Joseph have supported the school with yearly collections since the beginning of the construction of the school.  Their work in supporting the school as well as their work in the classroom is worthy of lots of praise!

One of the stories that Abby shared was about Happy's dislike for a sour candy.  Most of the food in Tanzania is very bland, so candy is super popular.  Sour candy however is not so popular.  Luckily for me I caught a bit of their reaction on video:

The greatest reward of teaching them English has been getting to know each child and give them the chance to express themselves especially their sense of humor.  Thank you again to Abby for sharing our story and I hope you all can make it to our fund raiser on May 10th at Mickey Finn's!
Posted by Mr. Terry at 6:33 PM 2 comments:

Email ThisBlogThis!Share to TwitterShare to FacebookShare to Pinterest
Newer Posts Older Posts Home
Subscribe to: Posts (Atom)
Follow Mr. Terry and the Watoto as he works with the Stella Maris school, which was built to serve the orphans and poorest of children in Mailisita, Tanzania. 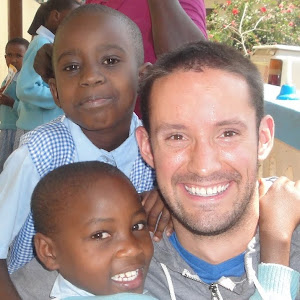 You can sponsor a child at our school for only $300. Please consider donating to sponsor one of our 74 unsponsored students.

Checks can be sent to:

The Mailisita Foundation is an IRS designated 501(c)(3) charity. As such, all contributions are eligible for exemption from US federal taxes.

Mr. Terry
My name is Terry Mulligan. I am a 25 year old elementary school teacher in Tanzania. Our school Stella Maris has been built to serve the orphans and poorest of children in Mailisita, Tanzania.

Mr. Terry draws his inspiration from Mother Teresa: "We can do no great things, only small things with great love."

Follow Adam's incredible journey as he teaches at Stella Maris!